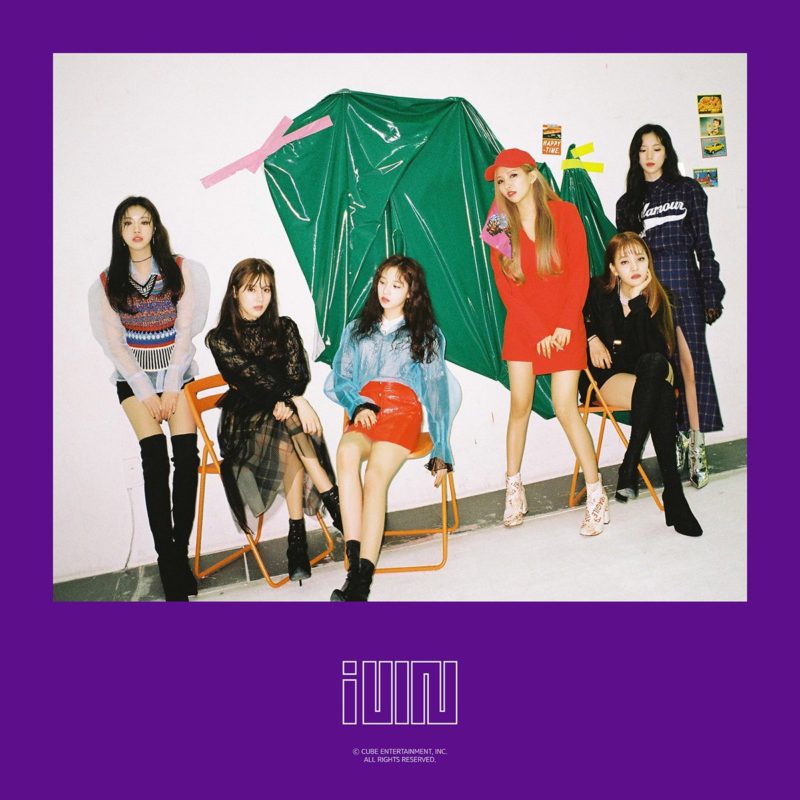 (G)I-DLE  ((여자)아이들)  finally made their anticipated debut with their titeltrack LATATA.

I don’t know how to explain it but this song was everything and nothing like I expected it to be. When I first heard the teaser I imagined that (G)I-DLE would be given a similar sound and image that 4minute had and in a way they do. But they also remind me a lot of SISTAR particulary in the music video style that LATATA had. And I ain’t mad at it. They are one of those very few we are badass girl groups that are out there. Personally this is my style of girl group. They are sweet and cute while still maintaining their cool and girlcrush vibe. Not to mention the members all have such a uniqe vibe to each and everyone of them. The member that really caught my attention is Yuqi. Her voice is a lot deeper then the rest of the members but her vocals are so good. Minnie is another member that really caught my attention. Her vocals can almost be described as hazy  and she really catches you attention when she sings.

The music video has such a cool neon urban vibe that really ties the image together. The lighting, the set design, the outfits. Everything just works together so perfectly. My favorite set is probably where they are all dressed in pink satin at the end. Where they are dancing infront of a firetruck thats glowing in blue. But honestly I love them all. Also quick shoutout to the almost Dalahorse that Minnie was posing by!! Like who doesn’t love a bright pink painted plastic horse?

What did you think about (G)I-DLEs debut? Tell me in the comments!

Check out the M/V for LATATA here!